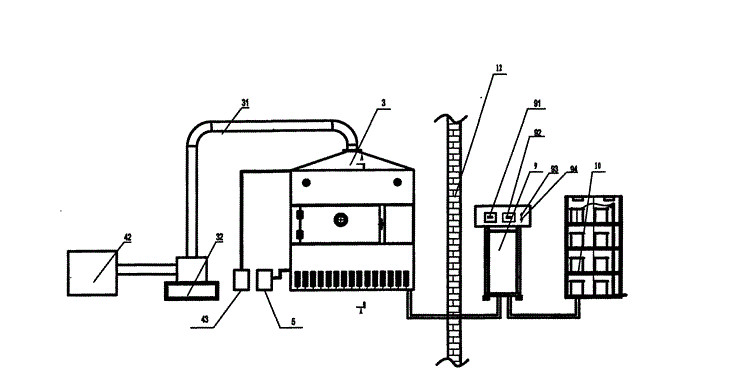 Abstract: Grain drying is a high-energy operation. Saving energy in the case of improving drying efficiency has become one of the important issues of food drying. This paper reviews the energy consumption of convection, microwave, infrared radiation and low-temperature vacuum drying technology, and introduces their respective drying principles and technical characteristics. It lists the energy consumption status of several grain dryers at home and abroad, and proposes food energy-saving development trend of microwave drying equipment.

As the world's largest grain producer and consumer, China's food production accounts for about a quarter of the world's total. 20% of the grain harvested each year is high in moisture, and about 100 million tons of grain need to be dried, with less than 40 million tons of mechanized drying. The amount of food loss caused by mildew and germination loss caused by inability to dry to safe moisture in time has accounted for 5% of annual production.

According to the National Bureau of Statistics, the total national grain output in 2012 was 589.57 million tons. If calculated according to this, it would be equivalent to a loss of 29.5 million tons of grain. If each person consumes 0 per day. 5 kg of grain, available for 1. The number of 600 million people a year is amazing. As the level of mechanization of grain harvesting continues to increase, the rate of grain harvesting is significantly increased, harvest time is significantly reduced, and the efficiency of grain drying is receiving increasing attention. At the same time, grain drying is a very energy-intensive operation. According to incomplete statistics, drying 1 t of grain consumes standard coal. 07 t.

If conventional energy is used for drying, only one of China's cereals will consume more than 30 million tons of standard coal, equivalent to the total energy consumption of the country. 5%. The grain dryers in developed countries have higher thermal efficiency, and the unit energy consumption is generally lower than 4 600 kJ / kg (H2 O). However, China's grain dryers have low thermal efficiency and large unit energy consumption at 6 700 kJ / kg ( H2O). about. Most of the energy used is based on conventional energy sources such as coal, and the environmental pollution caused by the drying process is also very large.

It can be seen that we must pay attention to the problem of dryness of grain in China and improve the energy efficiency of the grain drying process. However, China's current research on the consumption of dry food energy is rare. Under the unprecedented pressure of energy shortage and environmental pollution, it is more important to study and analyze the energy consumption and efficiency of existing grain drying technology. Provide reference for the development of grain drying technology and equipment.

In many industrial and agricultural production processes, drying is an important unit operation in the process industry. The quality of the drying process not only determines the performance, shape and quality of the product, but also affects the energy consumption and environment of the production unit. According to statistics, the energy used in the drying process accounts for about 12% of the total energy consumption of the national economy. Grain drying operations are classified into three categories according to heat transfer methods: convection, radiation and conduction.

Convection drying is the main method used in most of China's grain drying equipment. It uses hot air or flue gas as a drying medium to heat and dehumidify grain. According to the temperature of the medium used, it is divided into high temperature (80 ~ 300 °C, often called hot air drying) drying and low temperature (normal temperature or high 2 ~ 8 °C) drying.

The energy used is mainly coal, and only a small part uses fuel oil or biomass straw, rice husk, etc. Radiation heat transfer refers to the use of electromagnetic wave penetration and the absorption of electromagnetic energy in the grain to produce a temperature rise to achieve dry dehydration. the goal of. There are mainly solar drying technology, microwave technology and infrared radiation technology. Among them, infrared radiation technology is divided into electricity and gas according to the energy used.

Radiation drying is still in small-scale application or demonstration test, and it is very likely to become the mainstream technology in the future; Conductive drying is the direct contact of grain with heated surface to obtain heat to evaporate water, such as steam grain dryer, etc., only for steam rich The specific occasion is extremely rare in food drying. In addition, low-temperature vacuum drying and heat pump drying technologies under development based on thermodynamic principles also have good application prospects. .