Effect of three drying methods on volatile oil of turmeric

ABSTRACT: OBJECTIVE To analyze the effects of sun drying, blast drying and microwave drying equipment on the volatile oil of Curcuma longa Wenyujin Rhizoma Concisum. METHODS The volatile oil was extracted by steam distillation after Curcuma Curcuma was dried, analyzed and identified by GC-MS, and then the relative contents of each component were determined. 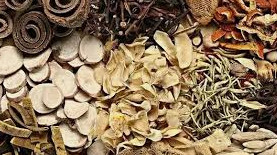 Curcuma officinalis is a dry rhizome of Curcuma wenyujin, which was first recorded in the Compendium of Materia Medica. It has warm nature, bitter taste, and belongs to the spleen and liver meridians. It has the function of breaking blood, promoting qi, regulating menstruation and relieving pain. It mainly treats thoracic and hypochondriac stabbing pain, chest stuffiness and heartache, dysmenorrhea, drop and paralysis, etc.

It is one of the freshly cut pieces of Chinese herbal medicine. It is digged, washed, and removed fibrous roots after the stem and leaf withered in winter. It is usually dried by sun or blast. In recent years, microwave drying has also been applied to the processing of its origin. The herb mainly contains volatile components, but there are no reports about the effects of different drying methods on the volatile components of turmeric tablets.

Therefore, this experiment used GC-MS method to analyze the changes of volatile oil composition after fresh-cut turmeric tablets were processed by blast drying, microwave drying and sun drying, and the effects of different drying methods on them were analyzed.

The volatile oil of Curcuma longa is mainly composed of sesquiterpenes and a few monoterpenes. It has many pharmacological activities, such as anti-tumor, anti-inflammatory, anti-oxidation, reducing blood lipid, improving blood rheology, analgesia and so on. The former is the basis of its main active substance.

It was found that the main components of volatile oil under sun drying, blast drying and microwave drying were mainly anti-tumor, anti-inflammatory and anti-virus. That is to say, the pharmacological effects of the three components may not change significantly, and bioequivalence evaluation is needed.

In summary, the composition and relative content of volatile oil of Curcuma longa L. under the three drying methods are basically the same, but there are some differences in trace components. Therefore, through the comparative analysis of the three, this experiment can provide theoretical basis for the study of processing and drying methods and standardized production of turmeric slices.