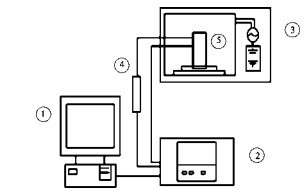 ABSTRACT: Mei is a specialty of Xizhou, Guangdong Province. It has the functions of eliminating stomach, relieving blood pressure, etc. It is loved by the public. At present, the drying process of plum vegetable is mostly white whale sun drying, a small part of which is dried by hot air, but its drying quality is poor. This paper summarized the microwave drying equipment of plum in order to provide useful reference for the improvement of plum vegetable drying technology.

Plum cuisine is made by the local people in Guangdong through many processes, such as cooling, drying, selecting, floating salt, etc. Its color is golden, fragrant, sweet and refreshing. It has the characteristics of not cold, not dry, not wet and not hot.

Plum vegetable has the health functions of stomach-strengthening, digestion, blood pressure-lowering and lipid-lowering. It has been approved by the Food Administration of the United States and is designated as "natural healthy food".

After testing by the Laboratory Center of South China Agricultural University, it was found that the ingredients were 5.7% sugar and 5.6% protein, and contained seven essential trace elements such as vitamins, amino acids and zinc, magnesium and potassium.

Zinc plays an extremely important role in human growth, reproductive genetics, immunity, endocrine and other important physiological processes. Magnesium plays an important role in regulating heart activity. Potassium can regulate the appropriate osmotic pressure in cells and acid-base balance in body fluids, and participate in the metabolism of sugar and protein in cells.