Among them, the upper foot marker =1,2,3 is obvious to the lower Lake standard.
All the formulas are the same as those in isotropic media, except that the principal values of polarizability tensor and dielectric tensor are different in the direction of each principal axis. 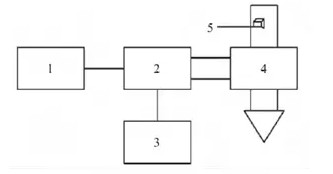 The component of P is written as (P,) u=C (E,) ub-6upjeaee) AP is the relative polarization tensor of displacement polarization. The interface polarization time is longer, that is, r>T (microwave period), P 0. The orientation polarization is almost or slightly behind the change of Chang Bo field. Therefore, the formula can be rewritten as follows: Pu= ((E) Uw-6upe Ey+ (P)).

Generally speaking, the polarization relaxation time of wood is not single, but has a certain distribution. Wood chemical structure contains a variety of polar groups, which are dipole groups in alternating electric field. Among them, alcohols in the non-junction region of cellulose, COOH groups in hemicellulose and CH2OH groups and phenols in lignin play a dominant role in orientation polarization dipole loss.
报错