Absrtact: This paper introduces the application of microwave in food processing, so that readers can understand that microwave drying equipment can bring convenience and environmental protection to human beings. 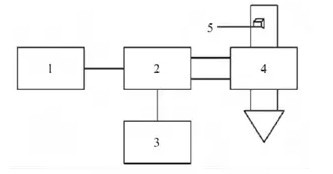 Microwave heating can be said to be a by-product of the development of radar for national defense and communications during World War II. Shortly after the war, Spencer of Raytheon Corporation, USA, won the first patent for microwave heating methods for discovering that the heat emitted by radar antennas can heat food. The first commercial and domestic microwave ovens came on the market.

Microwave heating is a kind of integral heating, which is based on the direct interaction between microwave and food. Since water is the main component of food, water molecules and other heated media consist of many molecules (dipoles) with positive charges at one end and negative charges at the other.

When no voltage is applied, the dipole in the medium moves in disorder. When the voltage is applied, a direct current field is generated between the two poles. The heated medium is in the electric field, and the dipoles are arranged in a directional direction. The positive end is toward the negative end and the negative end is toward the positive end. The applied electric field gives the dipole potential energy. The stronger the polarization of the medium, the more energy stored in the medium.

When the direction of electric field is changed, the direction of dipole arrangement is also changed. If the applied voltage frequency is 50 Hz industrial AC, the dipole changes its direction at 50 times per second and swings rapidly with the alternating current, which causes the interaction between molecules, generates friction resistance, makes the molecules get kinetic energy, and shows it in the form of heat, and makes the food temperature rise.

Because microwave can be controlled to work in heating chamber and waveguide made of metal, microwave leakage is effectively restrained, no radiation hazards and harmful gas emissions, no waste heat and dust pollution, neither food pollution nor environment pollution. In October 1971, standards for microwave leakage were first established in the United States. The permissible leakage value is 1 mW cm2 at 5 cm in front of the door of the microwave oven.

When using 5 mW cm2, the harm caused by microwave is only fever, and this phenomenon occurs only when exposed to power density of more than 100 mW cm2 for a long time, while the equipment is 7.5 cm nearest to the eyes. In order to prevent microwave leakage at the door of the oven, the door is equipped with protective metal mesh, and the door of the oven is usually equipped with double-lock device to ensure that when one lock is damaged, another lock can still be used. Therefore, it is superfluous for users to fear microwave.