The temperature distribution is high inside and low outside. This distribution makes the internal heat and moisture conductivity enhanced and the internal water diffusion speed greatly accelerated, which leads to the rapid increase of microwave drying speed to ensure the quality of dry products.

When using microwave drying equipment to control the material temperature as the best 3 microwave drying Lentinus edodes better technological experiment control the temperature of the joint of the handle and pleat of Lentinus edodes in the drying process, the former temperature, the latter temperature and the conversion moisture content as three factors, according to L, orthogonal experiment was carried out, and the influence law of three factors on the appearance quality and water loss rate was obtained. 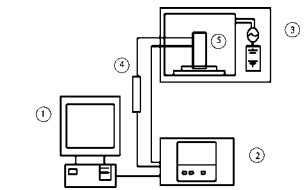