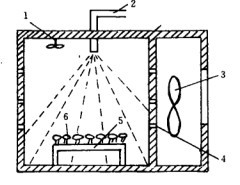 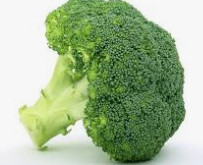 Broccoli, also known as broccoli, is a cruciferous cabbage vegetable. It has been found that both seeds and plants contain thioglycosides, which can be hydrolyzed by endogenous enzymes to obtain isothiocyanates. Among them, sulforaphane (1-isothiocyanate-4-methyl sulfonyl butane) has attracted the most attention. It has strong anti-cancer effect, preventive effect on breast cancer, rectal cancer and gastric cancer, and pharmacological effects such as anti-bacterial, anti-oxidation and immunity.

As the strongest anticancer substance found in cruciferous vegetables, sulforaphane has a high content in broccoli, so people often eat broccoli to prevent cancer and cancer, cardiovascular and cerebrovascular diseases and digestive system diseases. In addition, sulforaphane extracted from plant enzymatic hydrolysis has no obvious adverse effects on human body, and it has high research value and market prospects.

Microwave heating of vegetables has been widely studied and applied in food industry in recent years due to its advantages of time saving, hygiene, convenience, energy saving and less nutritional loss. Due to the vigorous breathing of broccoli after harvest, the buds wilt, chlorosis and yellowing, mildew and other phenomena occur in 2-3 days at normal temperature, resulting in the decrease of nutrient composition and antioxidant capacity. At present, microwave drying on broccoli has not been reported.

The analytical methods of sulfur radish include high performance liquid chromatography (HPLC), gas chromatography (GC), gas chromatography-mass spectrometry (GC-MS), and high performance liquid chromatography (HPLC) has been proved to be an effective method for the determination of sulfur radish in broccoli, which can destroy sulfur radish and other nutrients due to overheating. In this paper, broccoli was used as raw material, and the sulfur content of radish was determined by HPLC. The effect of microwave drying on sulfur content in broccoli flowers, stems and leaves was studied. At the same time, the effect of different drying methods on the sulfur content of broccoli was compared with that of electric heating blast drying, in order to provide reference for the comprehensive development and utilization of broccoli rich in sulfur.